9 Day Nepal Bhutan Himalaya Tour Package is available everyday, if you like to make the 9 day Nepal, Bhutan, Himelaya tour and discover, nature, history and beautiful landscapes. Why are you waiting to join. :) 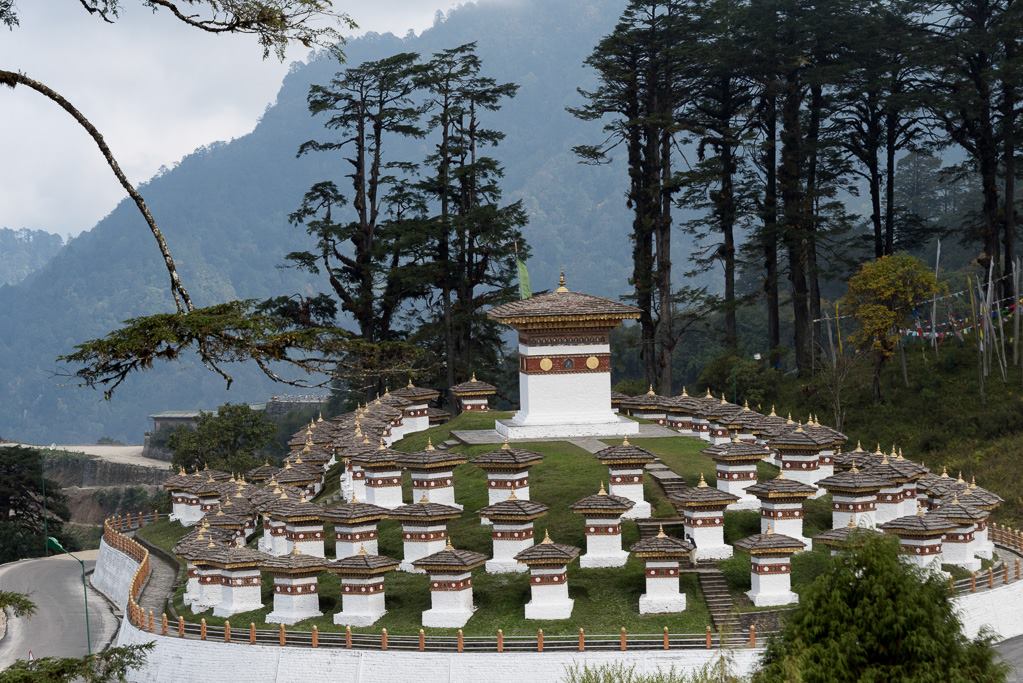 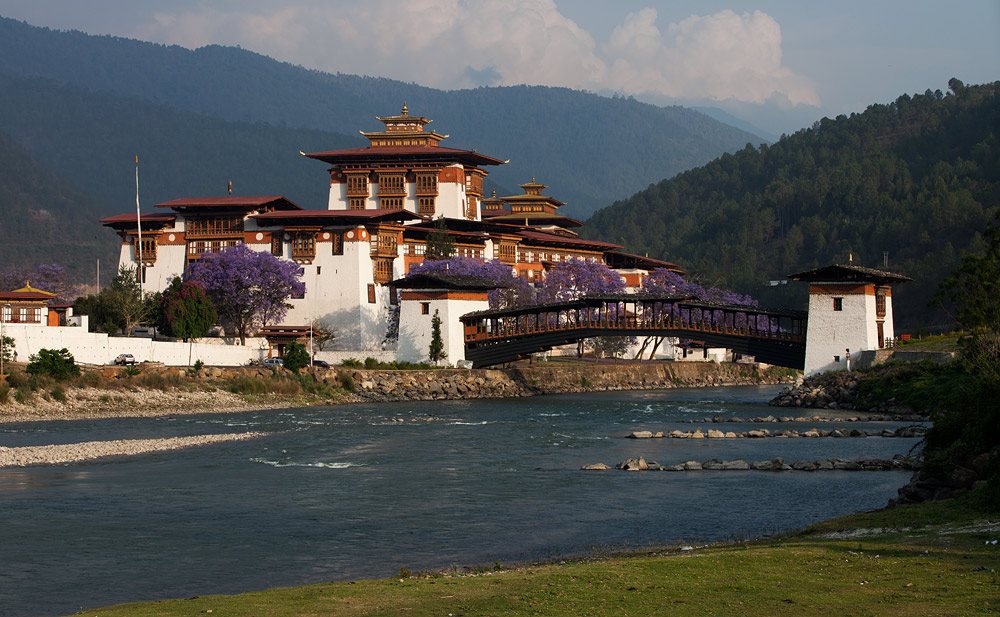 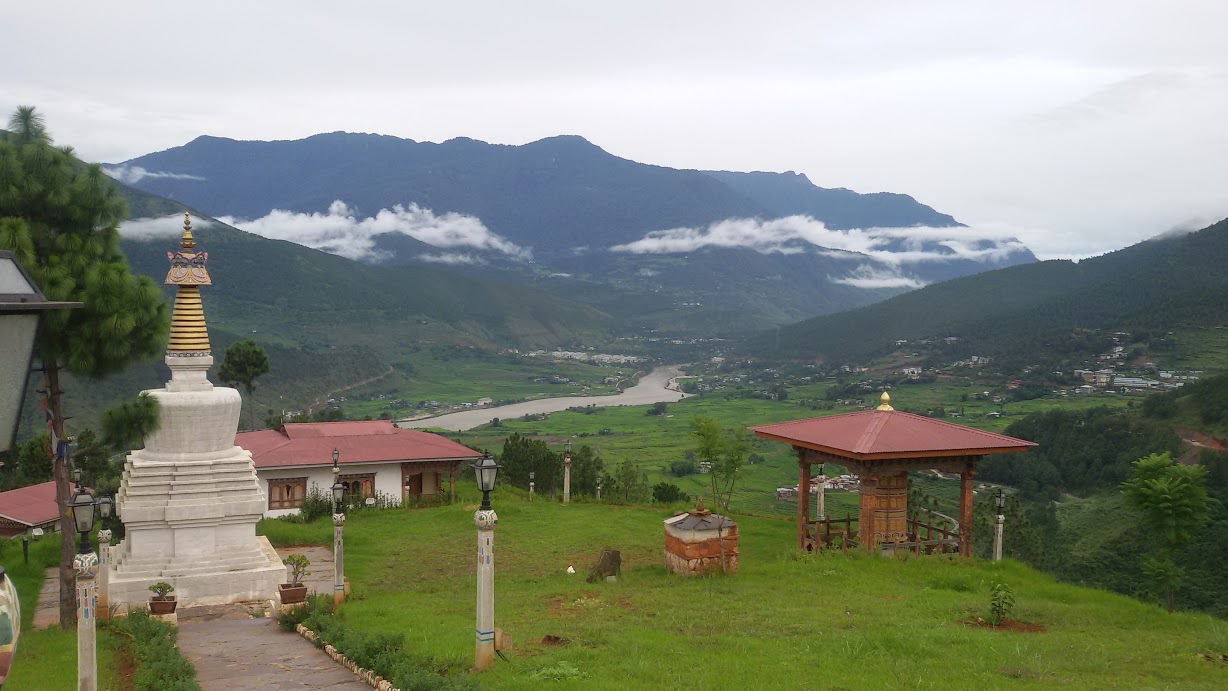 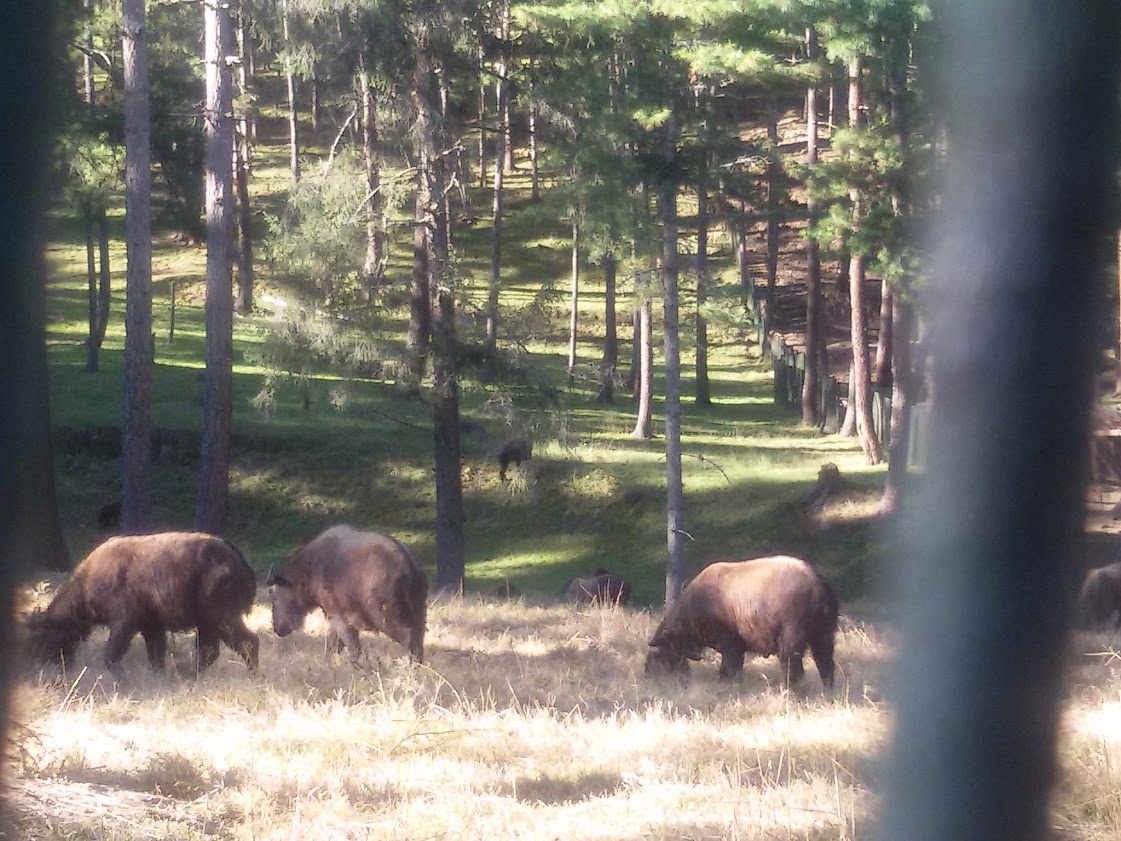 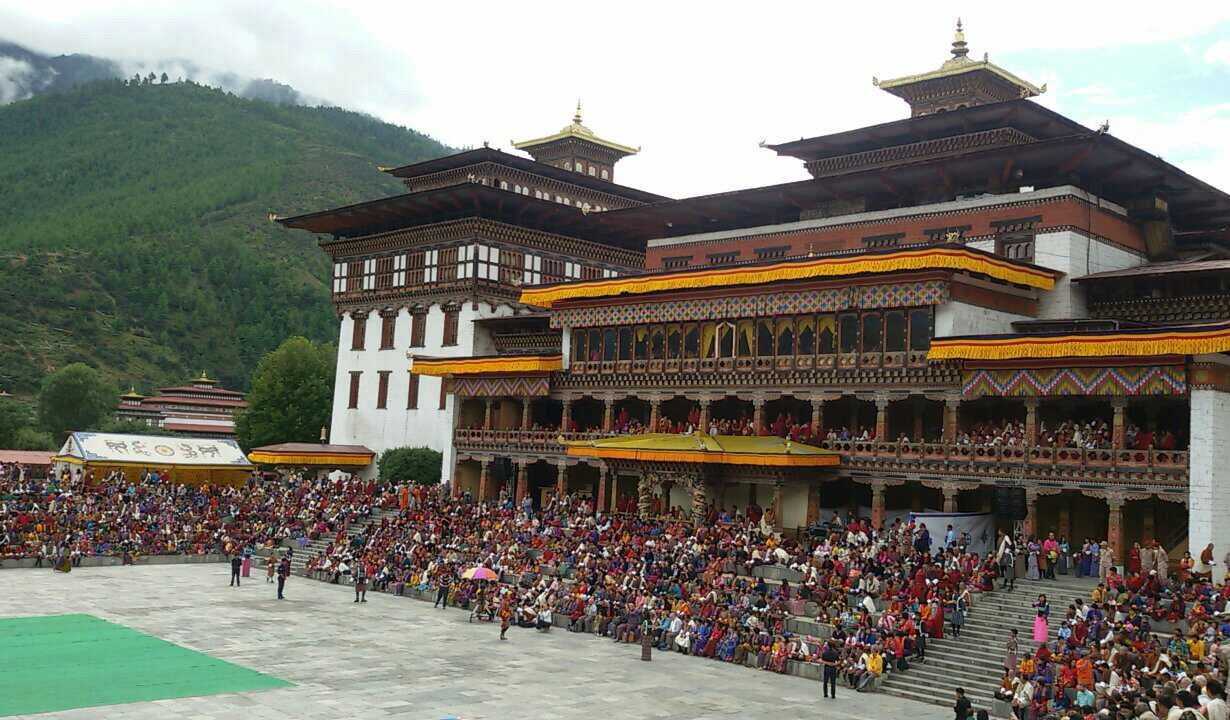 Day 1.: Arrival to Katmandu. Tranfser to hotel. Overnight in Kathmandu.

Bhaktapur City Durbar Square; The Bhaktapur Durbar Square is also listed in UNESCO.The Bhaktapur Durbar Square made in the 15th century Palace of 55 windows, situated to the left as you enter through the city gate, inspires admiration. The National Art Gallery is also situated inside. The palace entrance, Golden Gate that is the entrance to the main courtyard of the palace of 55 windows, is masterpiece in repousse art .In front of the palace building is a medley of temples of various designs. There are temples like Batsala Temple and the Shiva temple, the replica of Pashupatinath Temple etc. Nyatapola Temple: This five-story pagoda was built in 1702AD. Each story has pair of figures (two wrestlers, two elephants, two lions, two griffins and goddess’s tigress and lioness). This temple is one of the tallest pagodas and famous for its massive structure and subtle workmanship.w

Patan Durbar Square; The Patan Durbar Square is made in 1600s by Mall Dynasty and the royal palace of Malla kings. It is situated in the heart of Patan City. It is one of the three durbar squares in the Kathmandu valley, all of which are UNESCO heritage sites. The square, situated in the heart of the city, consists of enchanting mélange of palace buildings, artistic courtyards and graceful pagoda temples. The former royal palace complex is the center of Patan's religious and social life and houses a museum containing an array of bronze statues and religious objects. There are three main courtyards or chowks, so named central Mul Chowk, Sundari Chowk and Keshav Narayan Chowk in the square. The Sundari Chowk holds in its center a masterpiece of stone architecture, the Royal bath called Tushahity.The Square also holds old Newari residential houses. There are various other temples and structures in and around Patan Durbar Square build by the Newar Community.

Pashupatinath Temple; Situated 5km east of the bank of sacred Bagmati River, the temple of Lord Shiva with two-tiered golden roof and silver doors is famous for its superb architecture. Chronicles indicate the temple’s existence prior 400AD. Devotees can be seen taking ritual dips in the holy Bagmati River. Pashupatinath is one of the most significant Hindu temples of Shiva in the world. The richly-ornamented pagoda houses the sacred linga or holy symbol of Lord Shiva.

Boudhanath; This stupa lies 6-km downtown Kathmandu. This colossal and ancient stupa, one of the biggest in the world, has the all-seeing eyes of Lord Buddha. It was built in the fifth century AD. It is built on an octagonal base inset with prayer wheels. One can observe devotees chanting religious hymns and playing with prayer wheels.

Swayambhunath; The four seeing eyes of Swayambhunath Stupa watch over the valley form the top of 77-m high hillock on western side. This most glorious Stupa in the world is one of the holiest Buddhist sites in Nepal and its establishment is linked to the creation of Kathmandu valley out of a primordial lake. The surroundings of the Swayambhunath are covered with small Chaityas and monasteries as well as some Hindu temples. The National Museum and the Museum of Natural History are situated at the foot of the hill.

Kathmandu Durbar Square
The Kathmandu Durbar Square; is listed UNESCO. This complex of palaces, courtyards and temples, built between 12th and 18th Centuries, used to be the seat of ancient Malla Kings of Kathmandu. It is the place where kings of Nepal are crowned and their coronations solemnized. An intriguing piece here is the 17th century stone inscription set into the wall of the palace with writings in 15 languages. Kumari Temple: Kumari temple is the residence of the living Goddess. Kumari, known as Virgin Goddess has got some specialties, she must be chosen from a typical Newari cast with nobody marks and injuries and will be replaced by another Kumari after puberty. Kasthamandap: Kasthamandap is believed to be constructed from the wood of a single tree in the sixteenth century. Situated near to the Kumari Temple. The name Kathmandu was named after this temple.Overnight in Kathmandu.

Fly into Paro by DrukAir / Royal Bhutan Airlines. After completing your immigration formalities, you will be received by our representative who will be your tour guide throughout your tour.

On arrival at Thimphu check into your hotel and after refreshment visit the following:

Kuensel Phodrang and visit tallest buddha statue and enjoy the full view of Thimphu Valley below.

Takin Preserve, which houses the national animal the Takin that is only found in Bhutan. This is an extremely rare member of the goat family. Found in herds in the very high altitudes (13,125ft and over). They live on a diet of grass and bamboo. It can weigh as much as 550 pounds.

Tashichhoe Dzong, a fortress of the glorious religion. It was built in 1641 by Zhabdrung Ngawang Namgyel and was reconstructed into present structure by the late King, His majesty Jigme Dorji Wangchuck in the year 1962-1969. It houses the secretariat building, the throne room and the office of the king, and the central monk body.

Craft Bazaar A one stop place to witness Bhutanese culture and buy Bhutan made art and craft product. The Bazaar in its 80 stalls covers all aspects of the traditional arts and crafts of Bhutan. At this Bazaar craftsmen and artisans from across the country display and sell their handicrafts. And also visit other handicraft stores.

Over night in Thimphu

After breakfast, travel to Punakha through Dochula Pass 3140 m). In the clear spring sky, you can enjoy the panoramic view of the Himalayan Mountain ranges. . Then pass by the beautiful 108 chortens built on the hill by Her Majesty Ashi Dorji Wangmo Wangchuck (Queen Mother of Bhutan) for the security and well being of His Majesty, the King of Bhutan.

You will also visit Druk Wangyal Lhakhang (monastery) which was built by Ashi Dorji Wangmo Wangchuck ( the Queen Mother of Bhutan) as a tribute to His Majesty the fourth King of Bhutan, Jigme Singye Wangchuck and armed forces after His Majesty led a successful operation against Indian militants who had occupied certain areas of Bhutan. The gallery of the Druk Wangyal Lhakhang has beautiful murals depicting some of the important events in the reigns of the Kings of Bhutan.

Then travel onto Punakha. Punakha has been inextricably linked to some of the most momentous events in the Bhutanese history and deserves its reputation as one of the most beautiful and significant regions at the heart of Bhutanese culture. Punakha had served as the capital of Bhutan from 1637 till 1907. The dzong is historically important and stands as the symbol for a unified Bhutan.

On the way, stop for lunch at Metsina village and then visit the Devine Madman’s Monastery-Chhimi Lhakhang, famously known for its fertility shrine, where one can receive a special fertility blessing.

Then visit the Punakha Dzong, located on the island of the Pho - Chu (male river) and the Mochu (female river). The dzong was built in 1637 by Zhabdrung Ngawang Namgyal to serve as the religious and administrative seat of the region. At the dzong, you can see the highest standards in woodwork.

In the evening visit Rinchengang & Lobesa villages where you will take a short walk through the village and have free interaction with the villagers.

Over night in Punakha

After breakfast travel to paro. On arrival at paro check into your hotel and visit the following:

National Museum, housed in the Ta Dzong (watchtower). Here an intriguing collection of artifacts provide a wonderful introduction to the rich culture and heritage of the Kingdom.

Paro Dzong, a fine example of Bhutanese historic architecture. It is also known as the Rinpung Dzong which means a “fortress that sits on a heap of jewels”. This imposing dzong located above the Paro River is a fine example of Bhutanese architecture with its inward sloping walls that rise to an impressive height. The dzong was built in the 16th century on the foundation of a monastery built by Guru Rinpoche (who is regarded as the "second Buddha.") .From the dzong, walk further down to Nyamai Zampa, an oldest traditional cantilever bridge in Bhutan.

In the evening stroll through the Paro town and visit local handicraft stores.

Over night in Paro

After breakfast,drive to Paro which takes about 1 hr and then hike up to Taktsang Monastery, also known as ‘Tiger’s Nest’. The walk up to the viewpoint will take about 1 – 1 ½ hrs depending on your fitness and from View Point you will enjoy a spectacular view of the monastery clinging to the side of the cliff. Stop for refreshment at the View Point Cafeteria. Then walk further up to the monastery which will take about 1 hour. It is said that in the 8th century Guru Rinpoche flew on the back of a tigress from eastern Bhutan to this place and meditated in a cave here for 3 months. The principal Lhakhang (monastery) of the present monastic complex dates from 1692. Taktsang was damaged severely by fire in 1998 but has now been fully restored to its former glory.After visiting the monastery, walk downhill back to the road on the way stop for lunch at the view point cafeteria and then walk further downhill to the road point. Then drive back to hotel. On the way visit Kyichu temple,one of the 108 temples built in the 7th century by the Tibetan King Songsten Gampo. The story goes that a giant demon lay across the whole area of Tibet and the Himalayas and was preventing the spread of Buddhism. To overcome her, King Songtsen Gampo decided to build 108 temples, which would be placed on all the points of her body. Of these 108 temples, 12 were built in accordance with precise plans. Thus, it happened that in about the year AD 638 the temple of Jokhang in Lhasa was built over the very heart of the demon.

Over night in Paro

In the morning after breakfast your tour guide from our company will escort you to the Paro airport for your flight to Kathmandu & at Kathmandu our representative will receive you at Airport and drive to hotel . Latter leisure walk and shopping.

In the morning after breakfast your tour guide from our company will escort you to the airport.

To confirm your Bhutan trip booking, full tour payment has to be made prior to your arrival in Bhutan. In the event of Bhutan tour booked and subsequently cancelled by you, your full tour cost will be refunded to you after deducting the following scale of charges depending on when the notification of your tour cancellation is received: ·

- If notification of your tour cancellation is received more than 30 days before your arrival in Bhutan, there shall be no cancellation charges. ·

- if notification of your tour cancellation is received less than 30 days but more than 15 days before your arrival in Bhutan, 20% of your Bhutan tour cost shall be deducted as cancellation charges. ·

- If notification of your tour cancellation is received less than 15 days before your arrival in Bhutan, 50% of your Bhutan trip cost shall be deducted as cancellation charges. ·

- If you cancel your tour after your arrival in Bhutan, 100% of the cost of your remaining days in Bhutan shall be deducted as cancellation charges-meaning no refund.

- There shall be no charges for changing your travel date of your tour.

Tour Cost as Per Above Program 8 Nights 9 Days

Inclusive in the minimum Tour Package for Nepal

Inclusive in the minimum Tour Package for Bhutan :